Better rooms in the Dungeon Generator

First of all: Happy New Year to all of you! Off to new adventures in a hopefully better year than 2021.

I just released v.2.2 of the Dungeon Generator.
The biggest new feature of this update is the new adaptive algorithm which generates the layout of the dungeon. As long as the sum of the width and height of the map is less than 30, nothing changes. However, if the dungeon is 20 x 20 squares, for example, a new algorithm is applied that is better at generating individual, separate rooms. 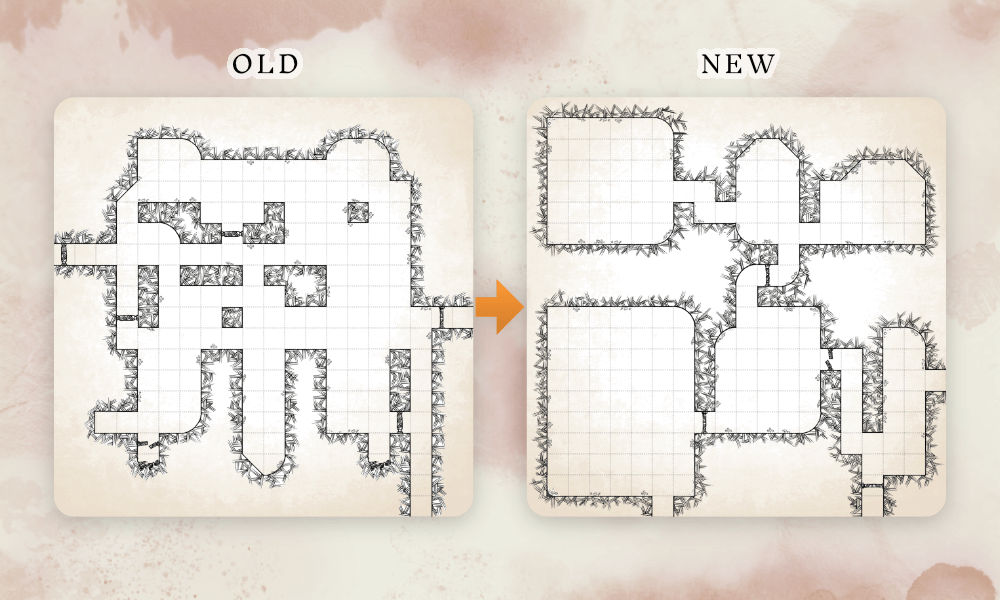 A new background (concrete) has also been added. And a major change to the rendering has been added, providing more variety to hatched walls.

But that's all for now. My to-do list is still overflowing and the day still has too few hours.